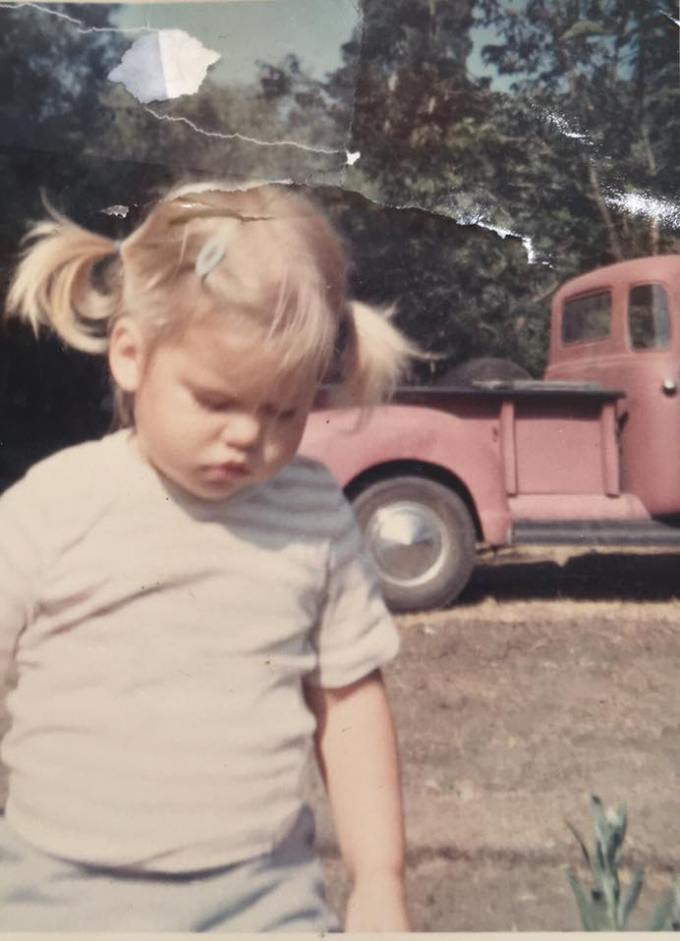 I was a happy kid, despite the looks of this ^^ photo.

Even though we didn’t have much my needs were met. Food, shelter, love. #allthere

I remember my mom canning, making her own yogurt, baking bread and sewing clothes for me – and my dolls.

I also recall tearing food stamps out of their little booklet, having cars that broke down, and my parents often telling me We can’t afford that.

However, the one thing that scared me as a child (besides spiders) was when my mom traveled for work. 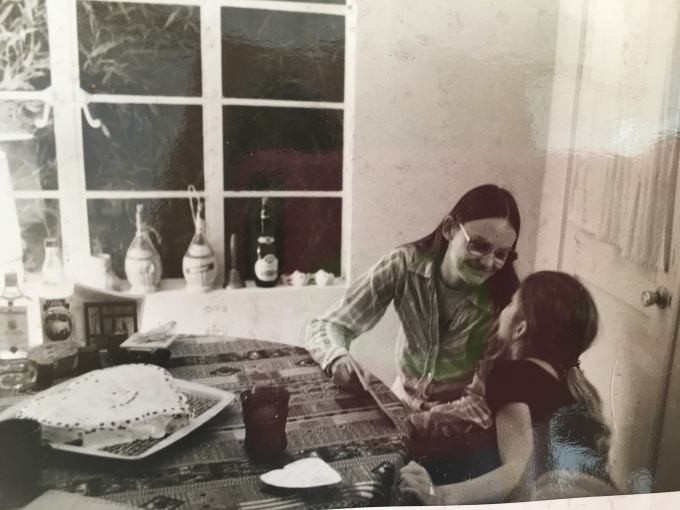 She started as a long-distance operator – literally the “plug the cords into the wall” kind of operator. I was always impressed by her ability to recall area codes from all over the country.

Eventually, she got involved in the union and would often travel to conventions, meetings, and the like.

She would come in early in the morning to kiss me goodbye before flying out of town for a few days. This always brought me to tears. I was terrified of her leaving and flying scared me even more.

She tried to allay my fears by telling me it was safer to fly than to drive, which really only made me more afraid. #tbh

I imagine most children feel that way when their mom leaves, I don’t think I was a super anxious kid. I wasn’t super close with my step-dad, so perhaps that had something to do with my fears.

He often traveled for work – he was an archeologist and frequently went on digs and excavations for weeks at a time – and that never bothered me.

In fact, when he was gone my mom would buy me TV dinners – which we couldn’t have when he was around – and she let me sleep in her bed. #bestever

Thankfully, nothing bad ever happened to my mom on her business trips. Eventually, as I grew older and more independent, I got used to her travels.

Now that I am a mom, I bet she enjoyed the break from family obligations and responsibilities. #igetitnow

I’m thankful for the childhood I had. Even though my mom was a teen mom and my parents divorced when I was two, I know my childhood was safer and more stable and loving than that of many others.