Another Saturday, another drive up to Davis. From where we are, in the Santa Cruz area, to Davis, is about a three-hour drive one-way.

With traffic, it can take five.

On the way home, after the game and dinner with the college girl, it can take about two hours. #timewarp

Last weekend I mentioned we drove by the track there and I remembered running a good 400 meters on that track. I think it was the only time we – San Francisco State University – ran at Davis.

And look what I found:

I think that is just about where it started to hurt. If I remember correctly, I went out a bit fast for the first 200 (meters, the first half of the race) and as we entered the second turn – shown in this photo – I was thinking how I was paying the price for going out so fast.

Amazing what you recall, even after so many years.

They had a cool billboard though! Probably state of the art, back then!

And more proof that I was sporting the bad ass ‘do way back then:

I even saved the write up from our meet: 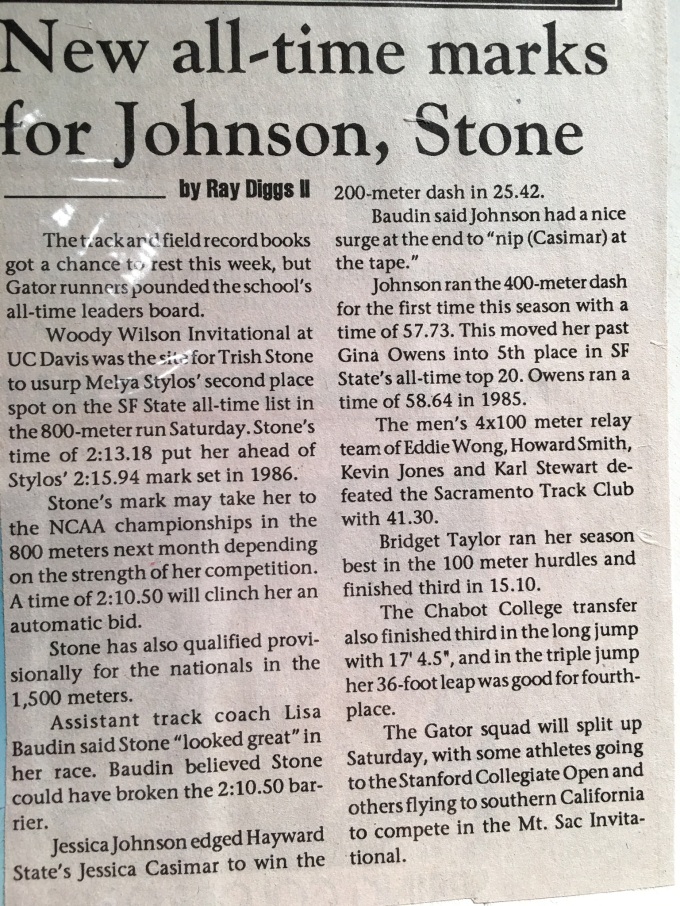 Running fast again in my dreams,